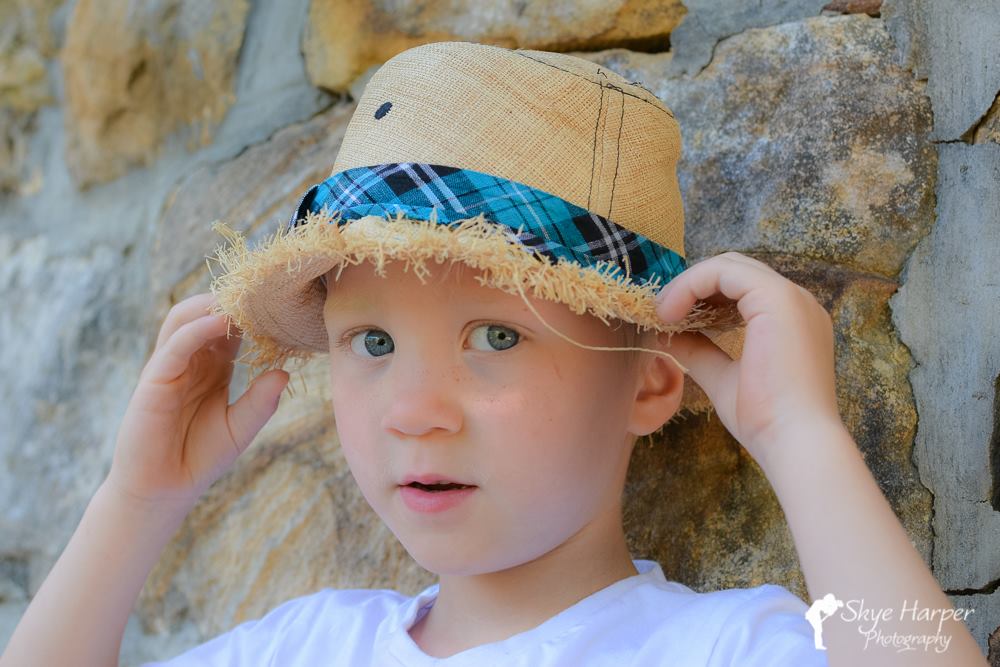 Every year on the night before my children’s birthdays and on Christmas eve I write them a letter. I’m not sure why I started it, but it has become a way for me to record the changes we experience across a year; in their personalities, in their outlook and in the way our relationships have morphed. Reading back through past years is almost like opening a time capsule, and although I thought I was too young for nostalgia to take hold it reminds me of the immense amount of fun I have being with my kids, and how increasingly proud I am to be their mum. 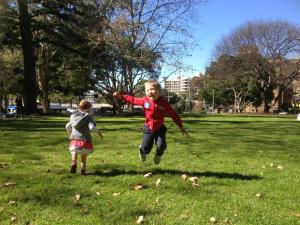 Today is the day before my son’s 5th birthday, and I have been looking forward to writing his letter for some time. Next year he starts school and I’m acutely aware that things will change between us, though I’m not yet sure what form that will take. Perhaps less cuddles, further between each time he reaches for my hand, more independence and probably a whole new type of fun. I don’t know yet. But looking at the stark unknown on the horizon has drawn reflection in ways I hadn’t expected. This year’s birthday is a big one, and though a little part of me is a little bit sad at seeing the end of the pre school years, I’m also incredibly proud of my little curioso and the immense progress he has made. Lachie has not always been an easy kid – some would call him spirited, though being his parent is always incredibly rewarding. He is smart, challenging and energetic in equal proportions and life has never, (not even for one second), been dull. Or even quiet. A lion’s roar at break neck speed is our normal state of being. But as he approaches his fifth birthday, I constantly marvel at his ability to be introspective and the empathy he is increasingly capable of.

READ ABOUT: YOUR CHILD STARTING SCHOOL

So this year I want to share his birthday letter. Because I don’t look back on this year and remember the moodiness, the repeating myself ad nauseum or the groundhog day routine of scaffolding his behaviour, or even the melt downs. I remember the quiet moments watching dinosaur documentaries, the bedtime stories, and the rough housing in the back yard. I remember the kid who started the year nervous at the prospect of a new teacher at pre school and admire the one who is filled with an electric energy at the thought of a new and exciting chapter – big school.

It’s hard to know where to begin to cover this year. I could write a novel about each day with you, such is your zest for life. This year has been huge, despite each day feeling the same as the last. Each 24 hours with you is filled with a kind of creative commotion. There is always activity, whether it’s imaginings about star wars droids and storm troopers, or organising an impromptu game of football. (You tell me you are only allowed to play soccer at pre school and not AFL or Rugby, as the teachers think it’s too dangerous. They are probably right, but you’ve figured out a way playing the other codes when the teachers aren’t watching and disguising them as soccer, or so you tell me in a conspirative whisper).

This year has seen the burgeoning of a very competitive spirit. We’re doing our best to channel it into positive energy, but it’s not always easy. Often your competitive nature is visibly apparent on your little face – watching the Wallabies lose by one to the All Blacks last weekend nearly caused you to lose your faith in humanity. So much so that you’ve practised your own Haka for the European Tour, in the hopes of somehow intimidating the world’s best rugby team through our television screen. Who knows, it could happen. 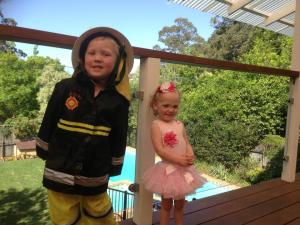 We began the year wanting to know everything, (and I mean everything), about every dinosaur the world has ever known. You’ve thrown yourself into learning about pre-historic creatures of all types – sabre tooth cats, (not tigers, as you have sternly reminded me), were a firm favourite. And suddenly we were investigating whether megalodon, (a pre historic shark in case your grown up self has forgotten), sightings around the world were real or faked. Then you absolutely had to know all about whale sharks, which are actually bigger than megalodon and still exist. We’re currently sitting somewhere between sharks, crocodiles and ocean tides as your most passionate topics of conversation. Somehow, all the important events of the year have blurred in between these interest topics, as your passion for knowledge has intensified. We don’t live day to day in our house, we live fact to fact and idea to idea, and to be honest life can be quite a blur.

READ ABOUT: THE CHILDCARE DEBATE

There are ever present challenges for you, as there are for all of us in this world, but you are keenly aware of them and in a constant battle with being ‘better’ and knowing ‘more’. Just this morning you announced you are sick of not knowing everything, and that you plan to learn ‘it all’ by the age of fifteen. I’m not sure how that will pan out, but I’m sure you’ll commit to it. I only hope you learn that knowing and having are just two of a million different treasures in this world, and that you, exactly as you were born are perfect. That you don’t have to be more than that. Ever. That your kindness and empathy for people and animals is one of your best qualities. And that some of your truest moments are the ones that occur as you lie drifting off to sleep in my arms, allowing yourself to be comforted by a bedtime song. In the quiet moments I can see the very heart of you without the smear of activity that marches you through the waking hours.

Music is ever present, and you start every car trip, no matter how long or short with the simple and predictable phrase: “Mum, put some music on and make it fast!” Luckily, your teacher has a similar love of Star Wars to you and indulges your passion for John Williams Anthems to balance out the Disney ballads the girls like to choose during music time. Of course, I’m not sure she’s yet forgiven Mummy for the day you had show and tell with the theme of music, and wanted to teach all your classmates the words to Fat Bottomed Girls. True, it’s an excellent song, but ideally not for singing at the top of a pre schooler’s lungs. Whether it’s classical, rock or 70s Swedish Pop, (much to your ABBA-denying father’s dismay), you can bogey like Beyonce. You very nearly ended up a You Tube sensation this year attending a fifties fair and being swept away with the music. A crowd of onlookers grew number by number, smiling amongst themselves as you wiggled your bottom and pulsated your pelvis. And then there was Baby Proms – Bollywood Babies, where a dozen or so parents smiled at me as we left and whispered, “He really loves music doesn’t he?”

You’ve gone from an energetic kid with a couple of close friends to a bona fide force of nature. You seem to accumulate kindred spirits along your travels, and this I think is one of your greatest assets. You have an ability to see the best in people, to want to make connections with those around you and to engage those souls in whatever grand scheme you’re concocting. It’s one of your greatest strengths – though to be frank I’d appreciate it if you’d use your powers for good instead of evil. Building a stair case at pre school with outdoor blocks and leading four other adventurous boys over the fence is not a good use of your ingenuity.

This year has been huge. You are more settled, more content, (paradoxically) more highly strung and more ready for what’s to come. The challenges keep coming for both of us, but the moments between are one part pure bliss, three parts atomic energy. I’m always aware there’s an explosion in the midst, but life is so much fun when you are around I’m usually living in the moment. And that has been your greatest gift to me.

This year you have really come into your own. I can only imagine the excitement that next year’s events will bring. You are, truly, one in seven billion. Life, for you and with you, is always an adventure. I love this irrepressible side of you and I’m equally pleased to see the kind gentle soul underneath come out once in a while, if only to protect your little sister or notice a sick bird in the garden. No matter what you are or who you are with, you can never contain your true character and that, as much as anything, makes me proud to be your mother.