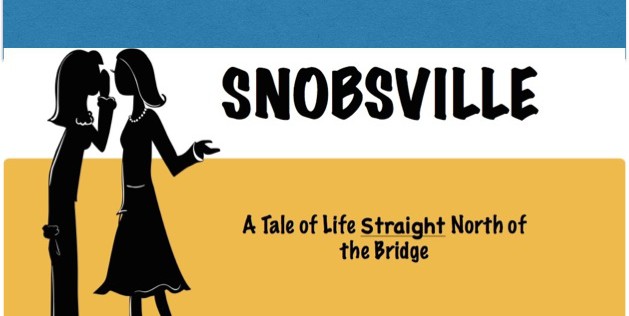 Linda was rolling her eyes before I had finished the sentence.

“Darling why would I want a thermomix? Nanny cooks Kingston organic snacks. I never cook.”

“Well, maybe nanny will find it easier with a thermomix.” Despite knowing her full resume and in depth qualifications, I still didn’t know the name of Kingston’s nanny.

“Oh, she does just fine darling. She learned to cook in France, and she only shops at macro stores. She doesn’t need me spending money on a useless appliance that might make her life a bit easier.” Linda always managed to say things with a steely gaze which was completely mismatched to the superficial smile plastered to her face. Perhaps I was being harsh. Who knows what the real expressions are underneath her surgeon’s handiwork.

I turned to the rest of the group who were watching the exchange with veiled amusement.

“Anyway. Catherine, she’s the one that Caroline’s friend used, she says that I need five to make it worthwhile.”

Caroline was ever supportive in her non-committal way. “Well dear. I’m in. I’ll bring some seasonal fruits and a nice bottle of Prosecco. But I warn you, I’m not for converting. I’ve never been sold on weight loss products, I won’t buy linen at a party and I’ll never use Tupperware. I doubt I’ll be the one to buy. But I’ll certainly come for a few beverages.”

“Don’t bother with the fruit. Catherine says she’ll make us some canapes as part of the demonstration. You three will be there? You know, Catherine’s making such an effort to come up this way. She does most of her demos down in Lower Snobsville. Where she lives.”

On the night of the party I had asked Caroline bring to Kristen around to watch the kids. Caroline and I sat waiting for the arrival of the others.

“You know Marley, you’re turning into a real SNOBbie, hosting a demonstration party. You’re part of the cult now.”

“A cashed up bogan.” She smirked. “And second, I haven’t joined the Thermocult yet. I just thought it was worth looking into. Layla is on solids, so this would make things easier. Plus I’m kind of into cooking right now.”

“Yes dear, but you’re not very good at it. Which is why you need a nanny. I think you’re just yearning for a good old fashioned shopping trip. Let’s forget about cooking and go shopping!” Her eyes actually sparkled as she said it.

“No, I want to get better at it. And a Thermie might help.”

“Thermie? Definitely part of the cult.”

Catherine arrived exuding exuberance from her every pore. She whizzed in, set her equipment up and chatted lyrically about the menu she was preparing as the other guests arrived. As she spoke I remembered why I hated these parties. Every sentence, every word, was structured to sell. Each syllable had a purpose, and that purpose was to increase the chances of me buying her product. It may have been disguised as frivolous babble, but it followed her design perfectly.

“You know, Thermie’s have a bad name. It’s not like people just throw money away at these parties. I mean, Tupperware, sure. Who wouldn’t drop a few hundred dollars on Tupperware? Our au pair just loves it when I go to a Tupperware party. And Lingerie – well there’s not much skill in selling expensive silk knickers in Snobsville! But a Thermie requires a lifestyle change. And in return, it will change your life.”

“Oh yes. How else could I co-ordinate my children, my home, my business? “

“So do you actually use the Thermie yourself?” Caroline was intrigued and it was showing.

“At demonstrations, yes. But at home, Claudia does all the cooking. You know you can do macro everything in the Thermie. The nutrients are just locked up in the food. Here. Try a prosciutto wrapped rice ball.” She pronounced Claudia as Cloud – ia and spoke with a slight, (possibly fake), European accent. Her words sounded as if they were in bold font, jumping out of her mouth with excited anticipation, and ready to pack her sentences with saturated droplets of enthusiasm.

“Oh. I see.” I was a little disappointed, and starting to notice the crazy selling eyes that make me avoid shopping in Snobsville retail outlets. Caroline grew ever more interested as Catherine continued on. But then, she loved a good bargain. Especially an incredibly expensive one.

Catherine was onto the cream of cauliflower soup with truffle oil, which she told us tastes just like potato soup without the carbs. I choked on that a little, knowing the calories in cauliflower are made up almost exclusively of dietary sugars.

Brita, as usual, was distracted by a shiny new outfit. “Elizabeth, is that a new coat? It’s so lovely.”

“Yes, thank you dear. I got it in Paris last month.”

“I love this soup Catherine. It’s very warming. I’m finding it cold at the moment, too cold even to be fashionable. I just can’t keep warm in my puffa vest.”

“Oh yes, a good soup does wonders for your soul, and your hips too.” For some reason, I felt Catherine’s eyes boring through me, though I was almost back to my pre baby weight.

Sarah took two miniscule sips of the shot glass of soup and pushed it away. “It’s lovely Catherine, but I’m watching my figure.”

Caroline couldn’t help but say what we were all thinking. “You’re not the only one watching your figure. How’s the new fencer working out?”

Sarah ignored her and artfully changed tack. “Brita, dear, you can get puffa vests with arms now. And fluffy hoods. Much warmer and if I’m being honest a little more flattering.”

I couldn’t imagine being less entertained than discussing the ins and outs of Sarah’s love life – but there it was. An in depth study of the evolution of puffa fashion was definitely more boring.

In my mind I was already re-sorting my underwear drawer. I thought about texting Gayle or Kristy under the table. They would be on the floor laughing if they saw this very scene on any real housewives show. Mostly because it seems so implausible.

“Okay, you don’t need to sell me anymore, I’m getting fat.”

“Oh but Sarah, I was just about to move onto the liqueur chocolate ball apperitifs!” Catherine seemed genuinely hurt.

“I’m sold Catherine. I’ll take one. Nanny will be thrilled.“ Kristen walked out and closed the door gently behind her.

“The boys are asleep. I’ll come back in a few hours to pick you both up? So you can keep-“

Apparently, Kristen was about as interested as I was and secretly I wanted to escape with her away from the barely eating, steadily imbibing gaggle I now called my best friends. I tuned back in as Kristen closed the door and took my fantasy with her.

“Of course, dear, he’s a tradesman. They’re always good looking in a get-your-hands-dirty kind of way.”

“So are you moving the pool?”

“Not sure dear. The quote he’s doing is taking a really long time. He’s at it day and night.”

I was back to listening intently. Maybe Sarah’s love life wasn’t so boring after all.