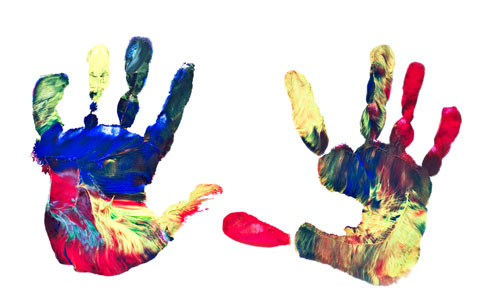 Many thanks to the dozens of parents that allowed me to ask such a contentious question, and responded so honestly.

For each of the last 5 years the number of Australian students attending independent, (private), education has grown by more than 1%. With this trend in mind, rarely a month goes by without a new study or article proclaiming the virtues of one form of education over another. My own daughter will be starting kindergarten in a year and a half, and already I feel as though I am behind the eight ball in planning her education.

When researching the options, often the opinions we receive draw on a range of factors surrounding non-governments schools and yet much of the published discussion centres soley on academic performance. So what are the virtues of each of the school systems? I spoke (informally) to a number of local parents about what drives their decision making process when it comes to the type of education they have or will select for their child. Some typical responses are discussed below.

Many parents felt that the public schools in Sydney (and most parts of Australia) were more than adequate to meet their child’s needs, and in terms of academics the statistics agree. Several studies over the past two years have highlighted that academic results are similar across public and private schools. Most recently, Stéphane Mahuteau and Kostas Mavromaras from Flinders University found that socioeconomic demography was strongly and positively correlated with academic success, however when these factors were controlled for, “school quality does not depend directly on the sector of the school”.

It should be noted that many of the studies performed include selective schools in the same sector as government schools, which could potentially make a significant difference to academic results.

While generally the standard of public education in Australia is excellent, many considered the reputation and past academic success of the public school in a particular catchment to be a decisive factor in their search for a home. Commonly, parents sought out great public schools when buying their family home, rather than selecting public, private or other once the child reached school age. But while many looked no further than their local primary, there were some factors that caused parents to extend their search beyond their local public schools.

One such criteria was the ability of a school to deal with the special needs of an individual child. In some cases, public schools have a good record with special needs education but in others parents chose to look elsewhere. Additionally, some parents referenced a lesser range of non-academic programs as a deal breaker for the public school system. There were some parents that started their child in a public school and changed to a different sector with the reasoning that the administration was not as progressive or forward thinking as they would like, or that the school in question didn’t possess the tools to meet the needs of their child, be they special needs or just ‘out of the box’ learners.

Overall, for most people that chose to have their children attend public school, there was an opportunity cost of spending excessive amounts of money on school fees. They chose not to sacrifice holidays or lifestyle or to invite additional financial stress in the name of an expensive education.

This sector of education is possibly the most contentious. Many parents that chose to send their child to a private school did so for very specific reasons and many for the general access to extra curricular programs and services. Interestingly, not one person I surveyed quoted academic success as a reason to attend private school. This begs the question, are the numerous studies comparing private and public school offerings irrelevant since they all focus almost exclusively on academics? Do we need a more comprehensive tool than My Schools in order to observe the selling points of each offering?

Some parents were clear that a particular need was not being met or was unlikely to be met at a government or catholic school. This was often a special need or learning aid but in many cases it may have been a behavioural or simply an individual need. Occasionally a child was being bullied. On this point, (based on this particular group), it appears one area that the public school system is perceived to be deficient is in meeting individual needs, and specifically where a child is in any way outside the norm.

Though the general perception appears to be that old school networks play a role in selecting a private school over other sectors, by far the most common reason for choosing a private school was the range of non-academic activities offered. While public and catholic schools may have some unique extra curricular offerings, few were perceived to have the comprehensive offerings of some of the private schools. In one respondents words “if your kid needs to find their thing, they will.” From outdoor education to cadets, science and robotics teams to drama, music and sport every possible niche appears to be covered. One parent said “your local school may have a drama program, they may have a music program and a chess club. But its unlikely your kid will have four opportunities a year to perform in school productions, six different types of bands and will have a program that competes in multiple science and design competitions. Not to mention sport and non competitive clubs.”

Indeed, academic success appears to be a bonus but not a deciding factor for many of these parents.

The response to the selective school question was split. People either loved the idea or hated it. The phrase ‘hot housing’ was commonly used as a negative adjective, but some people saw selective schools as a cheaper alternative to private schooling. Since most parents selecting private school options didn’t focus too heavily on academic success, this may suggest that this group of parents has inherently different key decision making elements to the private school parents.

While many parents saw the advantage to selective schools in bumping the academic results of already academically gifted kids, some questioned whether these schools taught in a less progressive way than is standard in public, private or catholic sectors. Essentially, some parents had the perception that the schools themselves were more likely to teach in a manner that resembles hot housing than other types of schools.

The biggest perceived draw back of Catholic schools was class sizes and again, and while this may be true when compared with the smaller class sizes of private schools, public school class sizes are actually bigger.

Though most parents were in fact catholic, the religious belief system and curriculum were not high on the list of reasons to send a child to a catholic school. In many cases, Catholic schools were seen as cheaper versions of Private schools, with similar facilities and smaller fees. It is perceived that the gap for some of the more exclusive Catholic schools and private schools appears to be closing.

Overwhelmingly, parents agreed that different kids will thrive in different environments and that each school regardless of sector had selling points over and above other options. This being the case, it is curious that parents held the view that each sector of education offered a largely homogenous offering. I’m led to question whether we are being given the right tools to compare schools across all education sectors. Indeed, not all sectors are open to all students; private schools require a given level of wealth, catholic schools may require adherence to particular beliefs and customs and selective schools require a rigorous entrance exam. But the glaring result of this informal survey is that parents largely choose a type of school before choosing the school itself. This does not appear to match the notion that each child has a unique set of needs that can be met by a particular school.