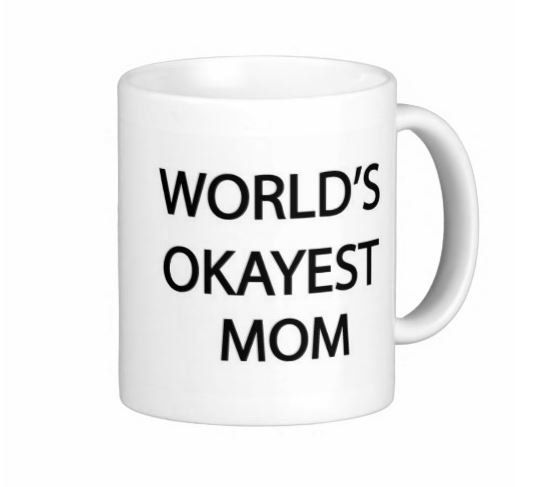 For Repeated Stellar Performances in such events as ‘The Continuing Battle of the iPad’ and ‘But Mum, I Don’t Want to Eat That!’ the winner is…

One World’s Okayest Mum nominee recounts her experience on awards night. From the glamorous red carpet to her victory speech, this is one night that she’ll remember forever.

‘Its so exciting just to have been nominated for the World’s Okayest Mum. Walking up the red carpet – well, it was beige carpet, which mostly hid the wee stains and what I hope was chocolate – was such a remarkable experience. The crowd were amazing; they went wild for every nominee as they stepped onto the carpet. I could hear their little voices screaming out “Mum can I have something to eat?” and “Mum, I’m boooooooored!”

It was a treat to have someone ask me who I was wearing too! For those playing along at home, my trackies are by Kmart, (tough choice between the Active Wear range and the more comfortable and affordable Sweats Range) and my slightly stained and yellowing white T-shirt was provided by a Maternity brand I can’t recall. And the bling? Well, that is thanks to my daughter’s coloured pre school hand made macaroni necklace which was half chewed by the dog.

The meal was lovely. No one ever talks about the food at awards ceremonies, but I have to say I think the chef really nailed his audience. Half eaten left over spaghetti bolognese off plastic kids plates, and the organisers went to so much trouble to make it an authentic experience – at regular intervals during the main course, they had arranged for a pair of sticky little hands to tug on my shirt and ask ‘where’s mine?’ as I eat. The  ‘secret stash’ chocolate mix for dessert was served as we hid in the bathroom from a group of whiny four year olds.  Delicious!

As I walked up to receive my award, tripping over the strategically placed Lego on the way, I shook hands with the ‘As a Busy Mum…’ lady from the Nurofen ads. What a thrill! She handed me my award in the form of a glass of moderately priced sem sav, which we both know I will probably never get to finish because I’ll be interrupted by someone wanting a glass of water or hearing a monster under their bed.

I was so excited about winning, I hadn’t prepared a speech. I mean, I never thought I’d win really. It takes such a skilled artisan to balance the optimal level of effort with caring just enough about the parenting judgement coming from others and the continued exhaustion that arises from waking twice a night to find a small foot smushed into your face. So many mums are deserving of this honour! I did mention in my speech that I wanted to thank God – but we all know, he is busy overseeing sporting stars who organise prayer circles before games attached to million dollar pay checks and Survivor contestants who pray at regular intervals between hammock time and swimming on their idyllic beach island. If he had been paying attention, perhaps he could have seen to it that the gummy bear song was never invented and that Ryan Reynolds was the local grocer. So I thanked Ben and Jerry’s instead, along with the inventor of Savingon Blanc and returned to my seat.

One thought on “I’d Like to Thank God…and Wine, by This Year’s World’s Okayest Mum”