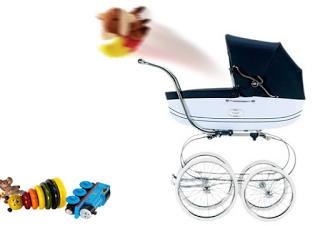 I’m generally not much for a rant, but today I’m making an exception. It comes up from time to time, its an issue as parents we all face. A hot topic of volcanic proportions – more rage inducing than vaccination. More contentious than circumcision. Indeed, more likely to start an online argument than politics, religion and Kim Kardashian combined. Though, if Kanye/the almighty Yeezus ever does run for president the online community will have hit the trifecta and may just implode.

Parking spots. Specifically, parking with pram spots – or PWP in online lingo. It hits the morning news circuit with regularity throughout the year, but in the lead up to Christmas it is of course, even more important that parenting entitlements are met. Online parenting groups follow suit, with numerous PWP posts popping up like Whack-a-moles. Its a race for who can come up with the biggest first world problem, (competing with the likes of ‘my pool is too big’ and ‘how annoying that puffa vests only come in winter fabrics’). And sure, while half a million kids won’t get any presents this year at Christmas, the ones that do have parents that have to contend with the likes of shopping centre parking rage (SCPR is totally a thing).

Its a quandary that evokes such feverous exchanges that the grown up naughty list, once overflowing with seasonal party drunks, must now surely be the bastion of SCPRer’s. In the words of bad shopping mall centre Santas around the globe – ‘Christmas spirit my giant red felt covered ass’.

So, what is all the fuss about? Well, sometimes people park in these spots and don’t even use a pram. Sometimes – and you won’t believe this – they DON”T EVEN HAVE KIDS. Yep. Talk about selfish. I mean, I have no idea of these imposters’ actual situations. They could have invisible disabilities and having searched long and hard for a disabled parking spot, be too lazy to respect that non legally binding courtesy spots are the domain purely of a particular sub group of parents based on their random use of strollers. Or, maybe the P Platers are Au Pairs and nannies who are picking kids up – still no excuse really, since actually birthing a kid and subsequently putting them in a pram is life’s most demanding proposition. And seniors that take those spots? Who cares if they have to walk a little further on their failing joints? Get a knee reconstruction if its bothering you so much! It doesn’t really matter what the situation is, it’s pretty obvious the burden of a pram is much greater.

Some will say, its not about safety – older kids are much more dangerous in shopping centre car parks than pram bound ones. To that I say bollocks. I mean really, if you can’t control your recently pram-released toddler from running across the car parking lot, that’s not my problem. A baby in a pram is much more of a flight risk! What if the baby suddenly learns to unlatch the pram while simultaneously figuring out how to run? Think of the babies people! Seriously, parking in these spots with older kids is as morally reprehensible as using a child leash or leaving your kids in the car instead of braving the shops with them like any normal mummy martyr would. No excuses!

On a serious note, I personally don’t care if you use PWP spots, or if they are valuable to you. I get that for some people it does make life a lot easier and that some days when you are parenting some tiny little thing going right can make the difference between a head full of luscious albeit it usually uncombed locks and literally tearing your hair out. Parenting isn’t easy, but not that much that’s worthwhile is. What I do care about is kindness and understanding, and if we as parents could get out of our own lives long enough to see it, I think we would probably find that parking spots are actually not worth getting worked up over – and certainly not worth fighting about. Enjoy the Christmas spirit while it lasts, even if you have to push your pram little further some days.

Online Snobsville to follow, because it’s just too easy.

2 thoughts on “The Christmas Miracle – Finding a Parking Spot”