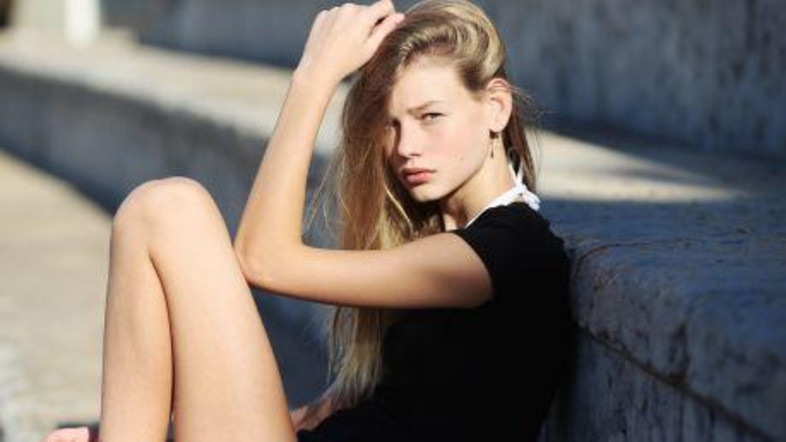 It’s a classic rags to riches fairytale with a modern twist. Sofia Mechetner, aged 14 and daughter to a single mother of three who works multiple jobs to keep her family fed, is now a global household name. Dubbed a ‘young Claudia Schiffer’, Mechetner is now gracing the catwalks of Europe after being scouted in one the fashion juggernaut’s Paris retail outlets. Surely, for a fourteen year old girl of modest beginnings, this is a dream come true.

I don’t follow the fashion pages myself. In fact, its fair to say that on the odd occasion, my school pick up outfits have involved wearing my good pair of ughs. But I have seen the footage of Sofia and she is achingly beautiful – ethereal, natural, seamless on the runway. It’s a wonderful story. Or at least, it would be if the fourteen year old in question hadn’t been dressed in a gown that exposed her breasts on the runway in one of her first shows.

The fashion industry often willingly comes under scrutiny for the choices designers make when selecting models to showcase their wares. Too fat, too thin, too controversial, too famous…and despite the fairytale, Sofia is no exception.

The world’s media is asking questions, as they do, about the ethics of putting a fourteen year old in such a position as to bare her barely pubescent body to anyone with access to a computer or television. And even if she hadn’t, they question how safe such an industry is for a girl of her age and whether its a healthy environment for her to be earning money in.

Many have wondered why a fashion house has contracted such a young girl to the tune of $265,000. Some have postulated its a publicity stunt, and many would conclude that regardless of Dior’s intentions of attracting publicity it has worked. Some have questioned the relevance of a fashion industry so entrenched in their desire to set trends that they are no longer capable of seeing their real market for what it is. But even if that’s true and the designers just don’t get it, women will buy their clothes because the whole fashion world marches to the beat of its own drum and most fashion houses employ teenage models.

READ ABOUT: A CURE FOR CANCER FOR THE PRICE OF KIM K’S NAPPY BAG

I understand these discussions. I do think there needs to be incredibly strict rules around how young models, (male or female), are treated and what they are exposed to. I agree the decision by Dior to dress a child in a dress that exposed her breasts was wrong and bordering on sexual exploitation of a minor. Without a doubt, designers exist in a vacuum and the industry is warped. But what distresses me the most about this situation is the discussion we are not having.

What kind of a society do we live in if the best way to market to fully grown women is to use pre pubescent girls as models for their clothing?

What does it say about our society that those that set the trends and, at least to some extent, respond to market forces think that grown women will see a fourteen year old child dressed to look like an adult in revealing clothing and want to emulate her?

Based on the runways of Europe, what conclusions can we draw regarding the expectations we have on women to appear child like yet promiscuous and never-endingly youthful?

Why are we not talking about the most disturbing issue surrounding Sofia Mechetner? If it is okay to sexualise a fourteen year old to such a degree, then there are some serious issues to discuss around the double standards and gender imbalances facing women in our modern world. There is a huge difference between having the the freedom that comes with sexual liberation and being capable of deciphering the insidious underlying messages we send to women of all ages when we accept this kind of marketing.

I may be more comfortable in ughs than Manolos, but my daughter will inherit a world rich with subliminal gender stereotypes and the only way to shatter these pressures is to start talking about them.